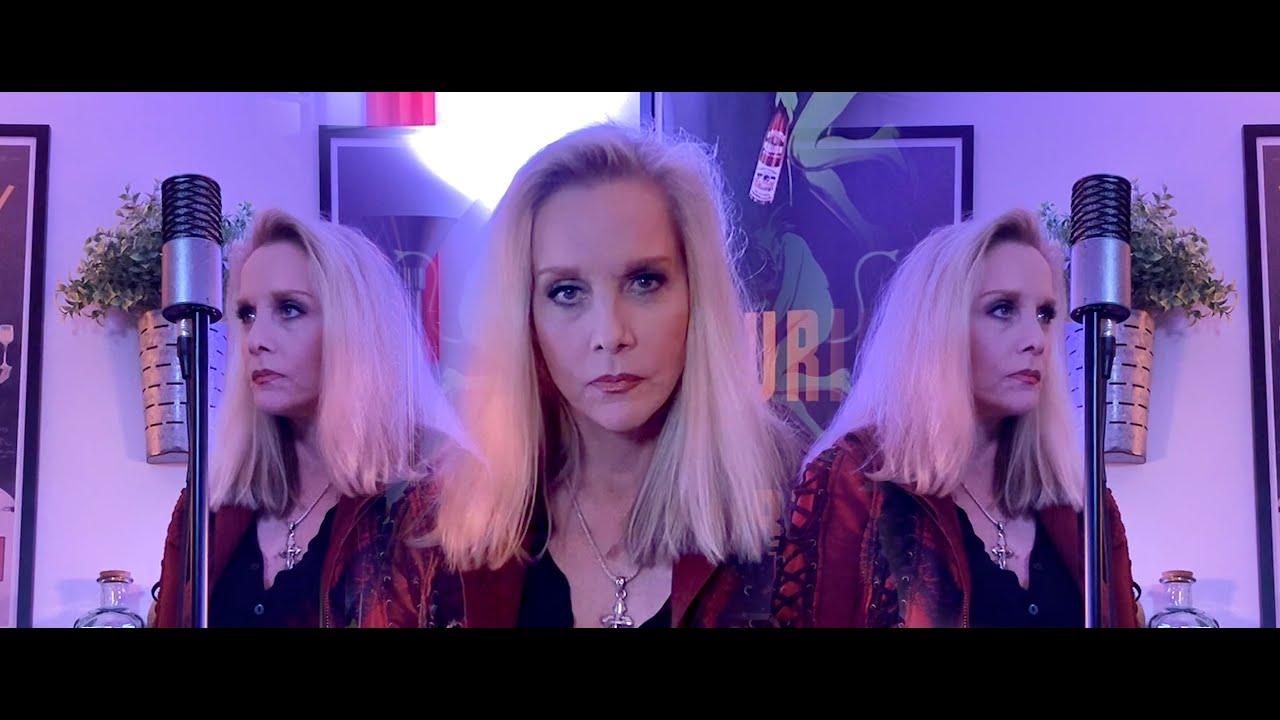 Cherie Currie was born and raised in the San Fernando Valley, where she spent her early teenage years living the Southern California lifestyle with skateboarding and surfing being her pastimes of choice. Cherie would regularly sneak out to Paradise Cove to catch the waves on her eight-foot, blue and yellow gun board. Cherie describes her life at this time as “about as Ozzie & Harriet as it comes.” However, soon the idyllic existence ended with the demise of her parent’s marriage.

After the divorce, Cherie’s mother, a former Republic Studios contract actor, remarried and moved to Indonesia, taking Cherie’s younger brother Don with her. Cherie and her twin sister Marie moved in with their Aunt Evie, their Grandmother, Onie and their father, Don.

Inspired by the music and image of David Bowie, Cherie found an escape and a raison d'être in rock & roll. The twins began frequenting the Sugar Shack, a club for teens in North Hollywood, which played all the hottest glam rock cuts coming out of the UK.  It was there, where she met producer and manager Kim Fowley and a young guitarist named Joan Jett, who also frequented the club. They were searching for a lead singer for the all-female rock band they were forming, which then consisted of Joan Jett on guitar and Sandy West on drums, and was called The Runaways.

“Kim walked up to me and asked if I had heard of The Runaways and I had,” she recalls. “Joan was there, and I was kind of star-struck, and Kim goes, ‘We really like your look.’”

Cherie was asked to learn a Suzi Quatro song for her audition, but when she arrived to the audition with "Fever", a Peggy Lee original (which Quatro had covered), the band would not play the song.  Unable to agree on a suitable alternate song, Joan and Kim wrote an impromptu audition piece, the chorus and title being a play on words referring to Cherie’s name and "cherry blonde bombshell" good looks. "Cherry Bomb" became one of The Runaways signature songs, and still stands today as a universal anthem for teenage rebellion. For, instance, “Cherry Bomb” was included in the 2014 blockbuster movie “Guardians of The Galaxy” and also on the accompanying multi-platinum selling soundtrack album. The soundtrack album was nominated for a Grammy as well as being the #1 album on the Billboard Charts for two weeks. Cherie has received four certified platinum record awards for “Cherry Bomb” on the “Guardians of The Galaxy” soundtrack album.

Cherie was just 15 when she became The Runaways lead singer. “I was thrust into fronting a band. I’d never really sang; I’d never been on a stage with a live band,” says Cherie. “It was like being in the center of a hurricane, everything was moving so fast.” Within a month of Cherie joining The Runaways, the band secured a deal with Mercury Records. Two weeks later they were in the studio recording their self-titled first album.

The Runaways faced opposition and criticism simply because they were unlike anything the world had seen before. They were a teenage all-girl band, which people hoped to dismiss, however, they delivered – technically and creatively – with maturity well beyond their years. With the triple threat of talent, self assured sexuality, and style, The Runaways rocked as hard, if not harder, than the men in the male-dominated rock world. Their provocative image, which was augmented by the outrageous fishnets and corset Cherie wore for “Cherry Bomb,” would lay the groundwork for pop star fashion we still see today.

The release of their debut album in 1976 was followed by a national tour across America. During this time, the girls headlined bills over legendary bands such as Cheap Trick, Van Halen, Tom Petty, and The Ramones. By the time their sophomore album, Queens of Noise (1977), was released, The Runaways’ legend had gone international.

The band embarked on an international tour of Europe and then ultimately Japan, where Runaways mania had reached a fever pitch, as they were the fourth most popular international act there behind Led Zeppelin, ABBA, and Kiss.

Drained by their non-stop schedule, overworked, and underpaid, the already fractured and fragile group began to fall apart. A Live In Japan album was released as a coda to the tour. It was the last full-length release to feature the original Runaways lineup. Cherie left soon after the band’s return to the US.

Cherie soon followed up with the solo album Beauty’s Only Skin Deep in 1977 which was released internationally by Mercury. Having fulfilled her Mercury contract, she went on to record an album with her sister, Marie, on Capitol Records, entitled Messin’ With The Boys in 1980.

During that same year, another of Cherie’s many talents took center stage. She was cast opposite Jodie Foster in Foxes, a coming-of-age movie, set in the San Fernando Valley, where she played Annie, a teenage runaway, dabbling with substance abuse to cope with the scars inflicted by an abusive father.

Cherie got excellent notices for her acting in Foxes, which led to more roles in film (Wavelength with Robert Carradine, Parasite with Demi Moore and, Twilight Zone: The Movie with Dan Aykroyd) and TV (Murder She Wrote and Matlock).

Cherie recounted the story of her incredible ups and downs, dealing with success, as well as with her struggles with addiction, in her 1989 autobiography, Neon Angel: The Cherie Currie Story.  Cherie was forced to leave much of the more salacious moments of her story out, as the book had been written specifically for the young adult market.

Cherie set out to tell the story of her incredible journey again, this time, leaving no detail censored.

Cherie showed the new manuscript to Joan Jett’s longtime collaborator, producer and partner in Blackheart Records, Kenny Laguna. He had been a close friend for many years and offered to shop it for a book deal. In the process of doing so, he ended up securing a film deal, which is now The Runaways, which stars Dakota Fanning as Cherie and Kristen Stewart as Joan Jett. The Runaways film made it’s debut, March 19, 2010, and was produced by Linson Entertainment (Into the Wild, Heat, Great Expectations, Lords of Dogtown) and River Road (Brokeback Mountain, Into the Wild) and distributed by Apparition Entertainment.  Cherie says of her time on set with Dakota, "It’s kind of hard to explain, but it’s very surreal when you see someone like Dakota Fanning on set. She’s so gifted. I still to this day have a hard time believing how lucky I have been in this life to have one of my favorite actresses portraying me.”

One of the most enjoyable parts for Cherie was having the chance to get back in the studio with Joan to re-create The Runaways’ music for the film. “We really had a treat with this movie because we hadn’t been in a studio together since 1977,” she says.

“I didn’t realize how good that band was until the last ten years. We didn’t have a chance to breathe and look at what we were really doing and the impact, the foundation we were laying for countless girls and women we would open doors for. But everyone was pitting us against each other, keeping us on edge all the time. We never had a fighting chance.” In 2002, Cherie decided to pick up a chainsaw and has become an award winning artist, competing and winning in chainsaw championships and making it her career out of the spotlight.

Cherie also got her wish, with an updated version of her book which she named, Neon Angel-A Memoir of a Runaway. The book is a #1 Amazon Best Seller and was published by IT Books/ HarperCollins Publishers and hit stores March 16, 2010 to coincide with the release of the film. The Runaways, the film, is based on Cherie's, Neon Angel-A Memoir of a Runaway (It Books/HarperCollins).

In late 2014, Kim Fowley contacted Cherie to see if she would be interested in making an album. Fowley had been battling cancer for many years and the two 'buried the hatchet' of her teenaged past and was thrilled at the prospect to come full circle and work with Kim again. Within weeks they were writing songs, but this time she had brought her son, Jake Hays, an accomplished musician in his own right who had toured with his mom and had just signed a record deal for his own band Maudlin Strangers. Within five days they were in the studio with Kim Fowley at the helm, but by day four Kim was too ill to continue and passed the task of completing the album Reverie onto Jake Hays.

As Jake and Cherie worked to finish the album, Cherie also brought Kim into her home and cared for him, but sadly, Kim died a month before the album was finished.

"My most cherished memories are the days when Kim were here at my home." Currie said. "I just wish he could have heard the finished product. I know he would be proud".

In 2017 Cherie met Fanny drummer and singer, Brie Darling and immediately connected. Currie had come in to contribute vocals to Fanny Walked the Earth, a reunion album from the trailblazing Fanny, the first all-female band signed to a major label (Reprise) in 1969. Though the two musicians were certainly admirers of each other, they had not yet met until that session. Once connected, the idea to continue collaborating was hatched and soon the idea to record an album was solidified.

In 2019, their debut album, The Motivator, produced by the six-time Grammy nominated Dave Darling (Brian Setzer, Stray Cats, Janiva Magness, Tom Waits) featured nine classic covers by bands including T. Rex, The Rolling Stones, Stevie Wonder, and John Lennon, plus three powerful new originals, “Too Bruised,” “I’m Too Good, That’s Just Too Bad” and the topical “This Is Our Time” was released on Blue Élan Records. The Motivator debuted on the Billboard Charts at #18 for Heatseekers Albums and #48 for Independent Albums.

While music has remained the constant thread of Cherie’s career, the certified platinum recording artist has eight studio albums under her belt thus far. Her latest critically acclaimed release Blvds of Splendor, produced by Matt Sorum (Guns N’ Roses, Velvet Revolver) is out on Blackheart Records and has been a constant Top 10 Best Seller on Amazon. Her powerful and unmistakable vocals cut through every song, from title track, Blvds Of Splendor, an atmospheric yet commanding track written by and featuring Billy Corgan, to “Mr. X,” a guitar-driven, rock 'n' roll monster number with Slash on guitar, Sorum on drums and Duff McKagan on bass. Other collaborators include Brody Dalle (Distillers), Juliette Lewis and The Veronicas all chiming in on a perfect remake of The Runaways classic “Queens of Noise.” “I've never had so much fun making a record before,' Cherie reflects, 'We all looked at each other and went, 'Oh my God, there's magic happening here. This is the record I wanted to make when I left The Runaways.” While touching on her retro appeal, Blvds of Splendor ultimately marks the strong foothold Cherie has cultivated in modern mass appeal.